I participated in the Global Game Jam this year, and while I may have worked alone (as I got there late and groups were already formed) I learned a lot.

We don’t see things as they are, we see them as we are.

I received the theme (above) via text as I was waiting for the bus to get to the location the Jam was happening. Right away I got the idea for the game I made which can be downloaded here. I thought it would be great to create side scrolling game which is fairly straight forward, but with a twist. 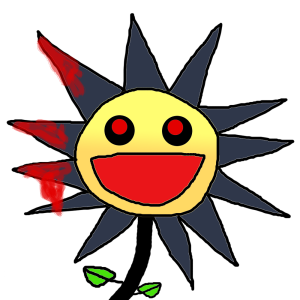 The game, that I named Trouble in Paradise, would be like many other older style, side-scrolling games. The game contains different obstacles that the player can jump onto, and some enemies that move around making traversing the world a bit more difficult. The twist is that if you choose to destroy the enemies along the way it will make the game harder. Some of the features I wanted to add couldn’t be added due to the 48 hour time constraint while making the game, but some of them did make it.

My favorite feature is that the rain the player see’s falling through the game will eventually turn to fire. If the fire rain hits the player they will be sent back to the beginning again, thus adding the new challenge of having to dodge the rain while traversing to the end of the level.

Overall, I enjoyed making the game and had a great weekend with some friends that also decided to join the Jam. It also got me wanting to make more games under a time limit to improve my skills quicker. Download the game and try it out, I have the source code available too if you wish to dive in to take a look.

Trouble in Paradise – Start of Level